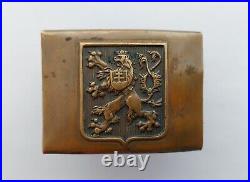 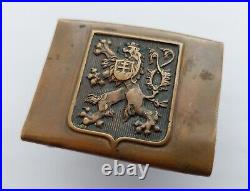 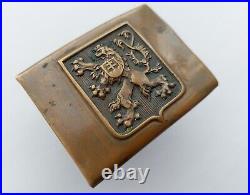 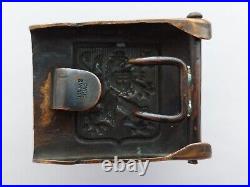 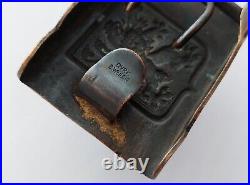 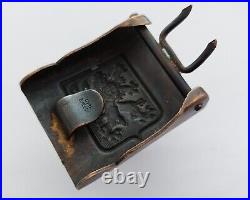 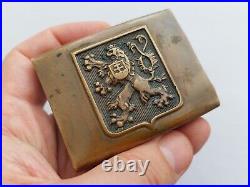 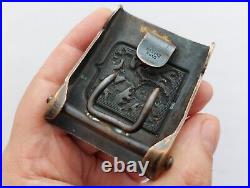 Czechoslovak belt buckle of pre-WWII era – 1920s. All small details on the emblem were preserved. Our main motto – We do not sell objects, we sell the history. This dates to: 1920s. It was created in: First Czechoslovak Republic. The First Czechoslovak Republic was the Czechoslovak state that existed from 1918 to 1938. The state was commonly called Czechoslovakia (Czech and Slovak). It was composed of Bohemia, Moravia, Czech Silesia, Slovakia and Subcarpathian Ruthenia. Following the Anschluss of Germany and Austria in March 1938, the AH next target for annexation was Czechoslovakia. His pretext was the privations suffered by ethnic German populations living in Czechoslovakia’s northern and western border regions, known collectively as the Sudetenland. Their incorporation into Germany would leave the rest of Czechoslovakia powerless to resist subsequent occupation.. This item is in the category “Collectibles\Militaria\1919-38\Original Period Items”. The seller is “trenchartstudio” and is located in this country: UA. This item can be shipped to United States.