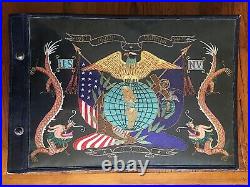 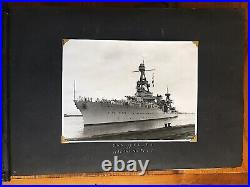 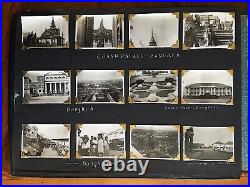 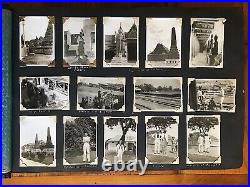 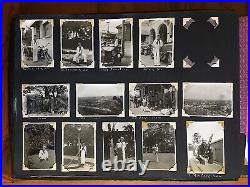 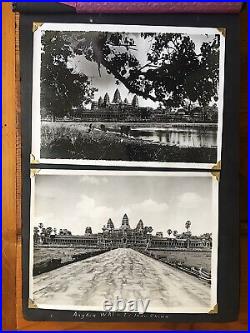 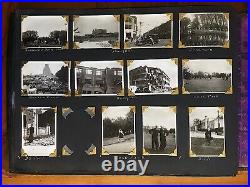 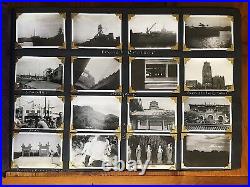 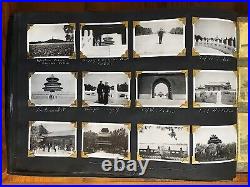 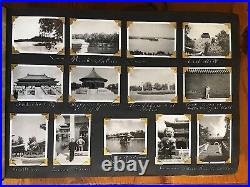 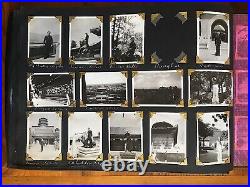 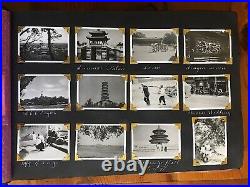 Navy photo album of Philip Whitman while aboard the USS Augusta in China, French Indochina (Vietnam, Cambodia), Thailand, Singapore, Philippines, and Bali. 563 photos on 78 pages. The photo album documents the ships time in the Far East during and after its involvement in the Second Sino-Japanese War. Well over half of the album photos were taken in China, with approximately 75 from French Indochina (Vietnam & Cambodia), and 38 from Thailand. Many of the unidentified photos are likely China. Chinese cities include Shanghai (including Hangkou, a district in Shanghai), Peking (Beijing), Tsingtao (Qingdao), Qinhuangdao, Chefoo (Yantai), and Weihaiwei (Weihai). French Indochina cities include Haiphong, Siem Reap, Hanoi, and Saigon. Thailand photos are from Bangkok. Additional photos from the Philippines, Bali, and Singapore. Nearly 60 of the China photos depict the effects of the ongoing war including bombings, ruins, torture & executions of Japanese, etc. Beautiful Chinese silk hand embroidered designs on the front and reverse, protected with a clear plastic album covering. The artist has signed their work at the top of the Peking Temple of Heaven (see second to last photo). The protective tissue between each page alternates with different colors including light green, pink, purple, light yellow, dark pink, red, etc. The first 55 pages are mostly annotated. The last 20 pages are not. There are a half dozen spots where photos are missing. This is how I acquired the album. The USS Augusta (CL/CA-31) was involved in a tragic event on August 20, 1937. A Chinese anti-aircraft shell fell onto the deck amidst a group of sailors, killing Seaman 1st/Class Freddie John Falgout and wounding 18 others. As the flagship of the Asiatic fleet, USS Augusta had sailed to Shanghai to observe the Sino-Japanese hostilities and to protect American interests there. The cruiser had sailed to Shanghai a few days after Chinese and Japanese forces started to battle for control of the city near the middle of August. Roosevelt and Harry S. Truman under wartime conditions. Extensive information can be found online. Whitman (1919 – 2019) of Fair Lawn, New Jersey served with the U. Navy from 1937 to 1941, first on the U. Saratoga and then on the U. Philip then was a First Lieutenant in the Army Air Corps as a B-17 pilot. He was shot down on his fiftieth mission and became a German Prisoner of War. Philip was awarded the Air Medal with three oak leaf clusters, the Distinguished Flying Cross and a Purple Heart. CONDITION: All photos are Excellent with the exception of the color Great Wall of China image that is glued inside the back cover. It has a 3 1/2 inch repaired vertical tear at the top left. The loose 8×10 photo of the group of officers also in the back has several creases. Cover is Very Good++ with some light wear. SIZE: Measures approximately 11 5/8 x 17 inches overall. The item “USS Augusta in China Far East Battle of Shanghai 193741 Photo Album 563 Photos” is in sale since Tuesday, February 23, 2021. This item is in the category “Collectibles\Photographic Images\Vintage & Antique (Pre-1940)\Other Antique Photographs”. The seller is “abvintagephotos” and is located in Pennsylvania. This item can be shipped worldwide. 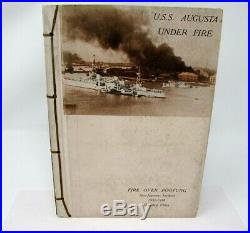 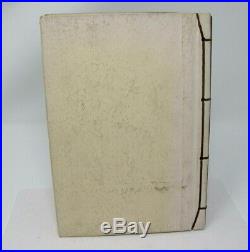 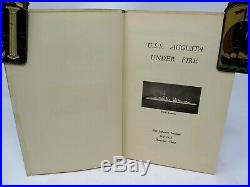 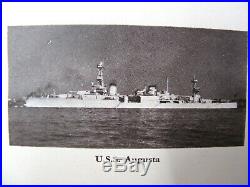 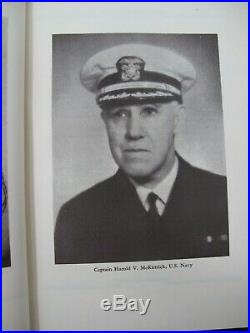 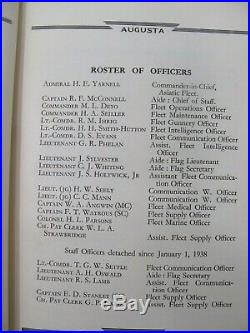 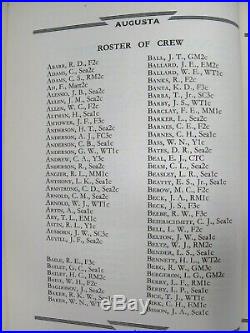 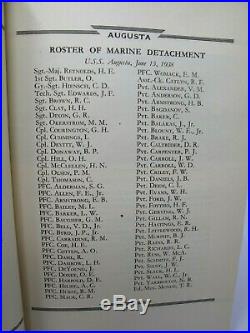 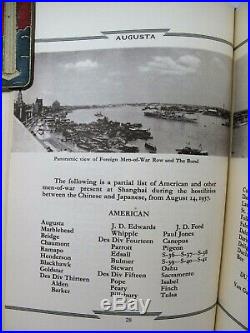 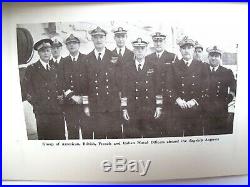 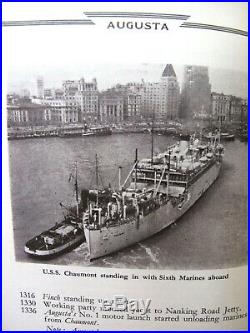 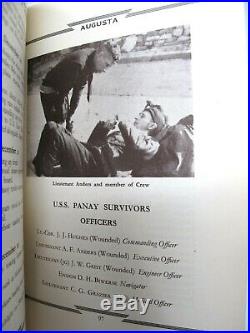