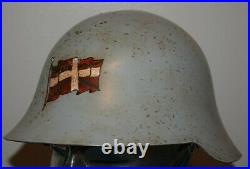 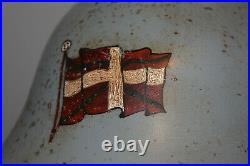 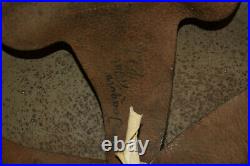 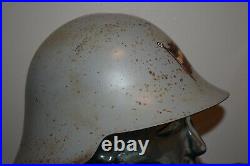 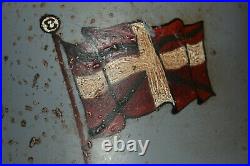 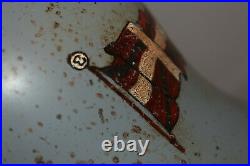 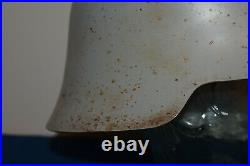 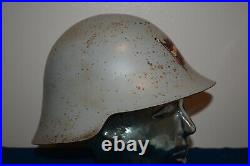 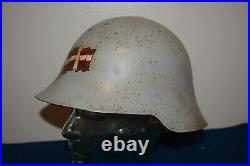 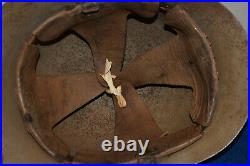 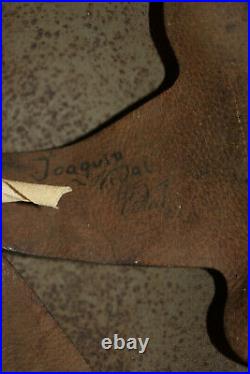 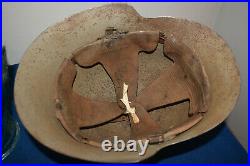 This helmet is one a a kind and extremely rare. It belonged to Spanish Civil War Basque agitator and Republican Col Joaquin Vidal commander of the Guipuzcoa front and prominent basque separatist leader during the Vizcaya campaign. The helmet is a light blue republican m38 painted light blue for government officials. It also has the basque flag painted on the front. It is hand signed and named to him on the interior. Hes a pretty well know basque figure at the time and was related to the military governor of basque county. He was shot in 1939 for his part in the commanding of republican forces. He died in Bilbao the city he failed to hold during 1936. A short Bio of Joaquín Vidal. In July 1936 he was. Head of the mountain battalion “Garellano” No. 6 of the garrison in. After the outbreak of the civil war, he remained faithful to the Republic. On July 20, he directed a column that left Bilbao for. But an aerial bombardment on July 22 disorganized it, remaining on the defensive against. On October 1, 1936, he was promoted to. Initially he did not participate in the. Although he would replace Lieutenant Colonel. Around December 10, 1936, in the closing stages of the battle. At the beginning of. In command of the Guipúzcoa Front. When the denominations of the units were changed at the end of March, he commanded the. With which he participated in the. Having an outstanding performance. In mid-June 1937, after the fall of Bilbao on June 19, he was replaced by. And Vidal commanded the rearguard and transport services. Before the end of the month of June, he was appointed head of the. First Army Corps of Euzkadi. Already in Cantabrian lands, where he will remain until the end of July, being replaced by. During the offensive on. Will occupy positions such as the defense of the coast and the defense of the city of Santander. On November 15, 1937, already in the central area, he was appointed head of the. Not participating in the. Because he was defending the region to the west of the city. The General Staff of the XIX Army Corps was in. In that post until the end of the war, without action worth mentioning. Awarded the Medal of the value. In March 1939, already at the end of the war, he supported the uprising of. Was tried for “treason” and convicted, the prosecutor asked for the death penalty after degradation. Tried to save his life, unsuccessfully, as he was shot in. The item “Historic 1930s Spanish Civil War Republican M38 Helmet Basque” is in sale since Saturday, May 8, 2021. This item is in the category “Collectibles\Militaria\1919-38\Original Period Items”. The seller is “atomic_new_hampshire” and is located in Hillsboro, New Hampshire. This item can be shipped to United States. 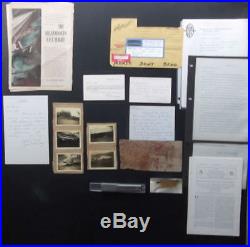 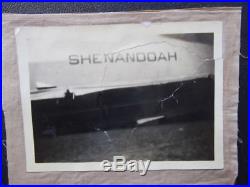