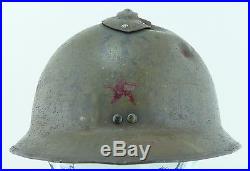 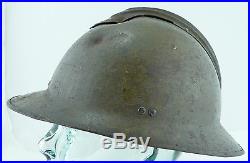 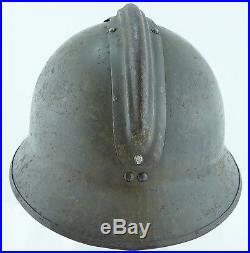 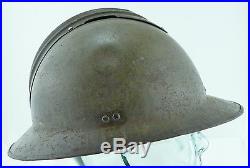 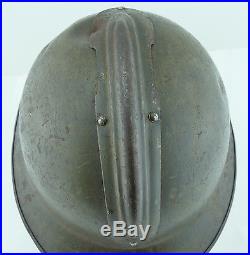 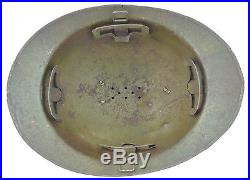 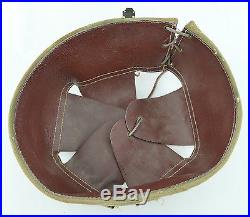 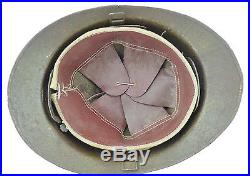 For sale is an all original Adrian Helmet used by the Communist Republican Forces in the Spanish Civil War. The helmet overall is in very good condition, showing definite evidence of field battle use. There are two prominent dents in the top left of the helmet, no doubt caused by flying debris. The helmet has much of the original olive drab green paint, as well as the original red star in the front. Above the red star are remnants of a black circled divisional symbol. The inside of the helmet has the proper 4 tab attachment system for the liner. Also included is an original five tongued helmet liner that is in much better shape than the helmet. The helmet liner is unattached to the helmet. This is an incredibly rare helmet, as very few survived, and originals rarely if ever come to market. ABOUT US: Pony Express is a brick and mortar store located in Parker, CO. We specialize in militaria from multiple countries dating before 1945, including but not limited to uniforms, hats, helmets, medals, propaganda art, and other curiosities. The item “Spanish ORIGINAL Spanish Civil War Republican Communist Adrian Helmet” is in sale since Saturday, November 19, 2016. This item is in the category “Collectibles\Militaria\1919-38\Original Period Items”. The seller is “pony_express_co” and is located in Parker, Colorado. This item can be shipped to North, South, or Latin America, to all countries in Europe, to all countries in continental Asia, to Australia.