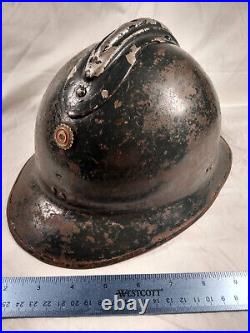 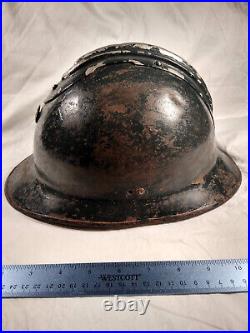 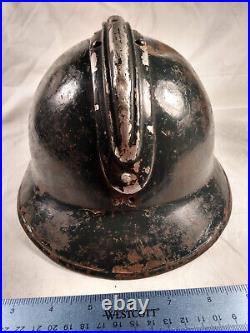 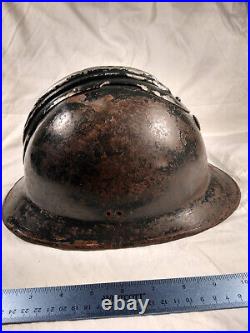 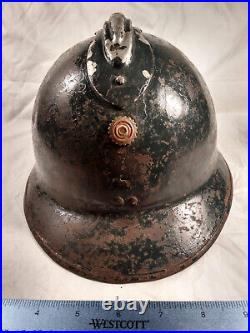 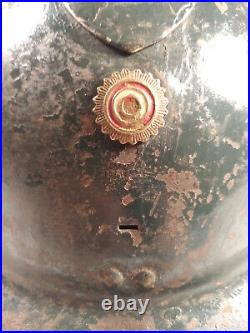 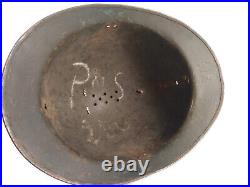 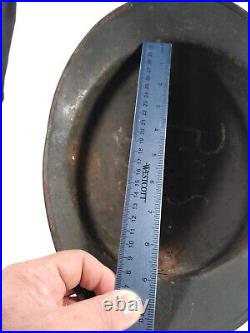 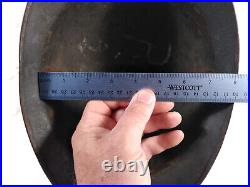 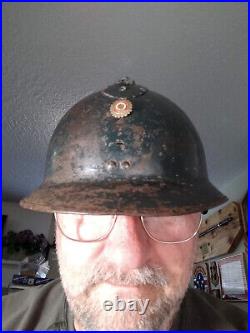 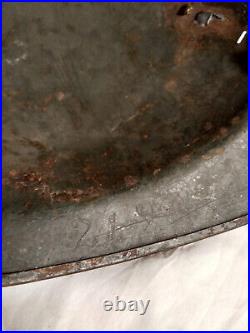 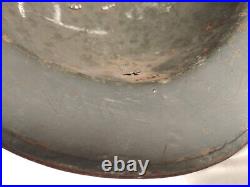 M1926 French/Peruvian M1934 Adrian Helmet for the Guardia Civil of Peru. This is a very interesting helmet used by the Peruvian Guardia Civil (National Police). You can read a lot of history in this helmet by the markings inside. First you notice in white a marking of PNS 226. The 226 mark is also scribed below the white paint. I think this must be a Peruvian Police unit number because how visible it is? Under the rim is where it really starts to get interesting and it may lead to the helmet’s original life. Under the rim there’s carving that has been painted over. You can see a name of the original owner, VARGAS, scratched twice under the rim. A number, 219 is carved in three places also under the rim. I think this was originally a French M1926 helmet, used by a man named VARGAS and he was in a unit of the French Army that was numbered 219. Peru bought French made helmets to supply their army in 1934 and that’s when it was painted over to the Greenish Blue Color of the Guardia Civil. The front cockade is in the red and white sunburst of Peru. The condition of the helmet is obvious from the pictures. There’s surface rust, chips and nicks, a couple of dents, and no liner. Four liner rivets are missing, but four remain. All the comb rivets are intact and solid. The one dent is the worst, just to the right of the comb. It’s about an inch and a half long by an eighth of an inch deep. The helmet is super solid and could be restored easily with a new liner. It’s a large size as you can tell by the picture of it on my head. I wear a 7 and 3/4 helmet. This item is in the category “Collectibles\Militaria\1919-38\Original Period Items”. The seller is “kenandstina” and is located in this country: US. This item can be shipped worldwide.