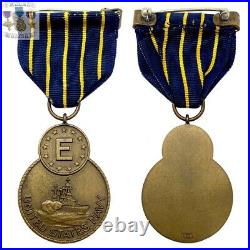 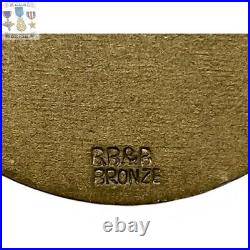 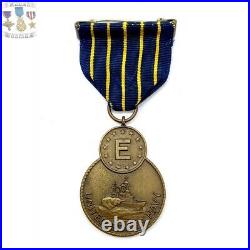 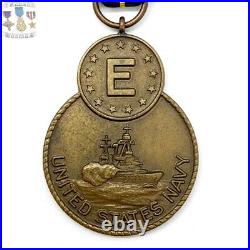 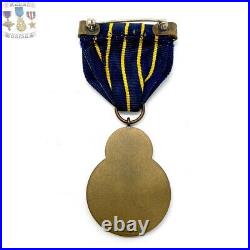 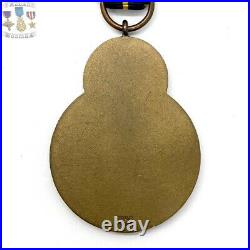 S CARCE ORIGINAL 1 930S NAVAL ACADEMY SHORT RANGE BATTLE PRACTICE GREAT GUNS MEDAL, SPLIT WRAP BROOCH. RIBBON DRAPE TESTED UV NEGATIVE. During the early 1930s the Navy perceived the need to recognize 1st and 3rd Class Midshipmen in the Naval Academy, who had manned vital big gun turret positions as a gun pointer or gun captain during summer training cruises. In order to recognize the Gunnery achievements of the individual Midshipmen, and to encourage Naval Gunnery at Annapolis, the Superintendent of the Naval Academy Thomas C. Heart suggested to the Navy Department that an award be created for those Midshipmen who had qualified on their summer cruises. The Short Range Battle Practice Medal commonly called the Great Guns Medal was approved on January 11th 1934 by the Secretary of the Navy Claude A. The Navy contracted one of its oldest trusted firms, Bailey Banks and Biddle Company to produced the medal. The 1st awards of the Great Guns Medal were issued to Midshipmen on May 1st 1935. It was only authorized to be worn on the Midshipman’s uniform while he attended the Naval Academy. The last awards were issued to the Third Class-men of the Class of 1943, for their summer cruise in 1940. By 1944, the medal was no longer issued and it faded into obscurity. For the 7 years the Naval Academy awarded this medal, it has been estimated that only 500-600 were issued, making it one of the rarest and elusive United States Naval medals. The Great Guns medal was designed with similar style, and size, as the Navy Expert Rifleman, and Pistolshot medals. It is figure 8 shaped with the top smaller circle containing a large letter E surrounded by 13 stars. The bottom larger circle border is traditionally roped, with the center displaying a warship in raised relief firing its main battery. Along the bottom curved edge of the medal, “UNITED STATES NAVY” is inscribed in raised relief. The reverse was issued blank, however a few examples are known to be engraved with the recipients name. The medal ribbon drape made of Navy-blue silk is 1-3/8 inch wide, with five narrow 3/32 inch, yellow stripes, being 9/32 inch from each other and from the edges. The type-3 medal was stamped BB&B BRONZE at the 6-oclock position. The final, type-4 medal was not stamped with the manufactures maker mark and left completely blank. Please let me know if there’s anything else I can do for you! The item “1930S NAVAL ACADEMY SHORT RANGE BATTLE PRACTICE GREAT GUNS MEDAL (1 OF 600)” is in sale since Wednesday, April 21, 2021. This item is in the category “Collectibles\Militaria\1919-38\Original Period Items”. The seller is “medal_mulisha_store” and is located in Los Angeles, California. This item can be shipped worldwide.